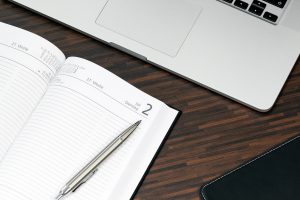 : The process of invoicing is traced back to the ancient Mesopotamian Civilization (modern-day Iraq, Kuwait & Syria) somewhere around 4000 years ago. The invoicing rules were laid in the code of Hammurabi. Subsequently, the Romans were believed to be the first to sell promissory notes to carry out trade. A basic invoice in simple terms is nothing but a record of a transaction given by the seller to the buyer to receive payment against services rendered. It was referred to as a purchase receipt in those days and it started when a need was felt to manage the purchase and sale of goods and inventory.

During the 1300 century, the Jews fled to Italy to escape persecution in Spain. They were not allowed to hold any land in Italy but could fairly deal with local commerce. Then they began charging a fee for use of cash. Slowly, as the service grew, they began advancing money for selling products abroad. Subsequently, merchant banking was introduced when funds were exchanged for goods before being shipped abroad.

Use of Invoice factoring  in 16th -17th century

Invoice factoring became a common practice during this period. The English were busy colonizing the world and the trade was being handled by the two major British companies. Now, during that time ships used to take a lot of time to deliver goods. Hence, the London bankers thought it was inevitable to advance pay the colonists for the materials they needed. It did not matter if the goods were being shipped to colonists or back to England, the factor would pay a discounted rate to the seller before the journey. When the goods arrived at a destination, the percentage was withheld for the sale, and the money owed was collected.

Invoicing in the 17-19 century

The term invoice was coined by English based on the French word “envoys”(mail) which meant the act of sending something. In 1900 the concept of invoice factoring began to be widely used by the Americans in the garment and textile industry. Soon it began to expand to other business types and began to be widely used by various banks. In the 19th century, the invoices mainly consisted of paper bills, notes, cards.

Post-1920, the companies began establishing data links between the trading partners to exchange documents including invoices and purchase orders. The first EDI was developed then inspired by the paperless office. Since everybody followed their EDI system, the Accredited Standards Committee X12 decided to standardize the EDI process. Then later in the 1990s, web-based applications for managing invoices were created which made the whole process much faster. They catered for both sellers and buyers and allowed online submission of invoices as well as EDI file uploads. The web-based invoicing soon became more accurate and loaded with features making it almost inevitable for businesses. With the advent of GST and other tax reforms, the Government in many countries have now made use of electronic invoicing compulsory. The invoice generators available in the market today are capable of doing everything from managing invoices, expenses to tracking payments, and creating reports. In the business world “Time is money” and this is being aptly tapped by the various free online invoice generators.

How to Create GST Invoice Bill

What is Due Date in an Invoice

What Are Different Types of Invoices

How an online invoice maker software can make your business life easier?